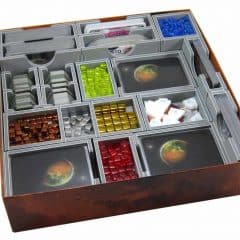 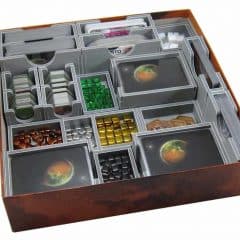 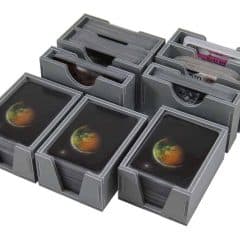 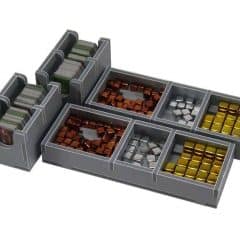 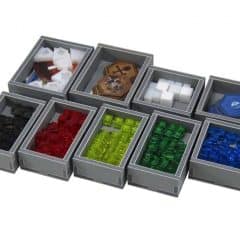 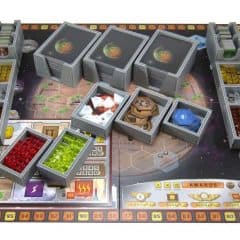 Insert compatible with Terraforming Mars®, and includes space for the Hellas & Elysium®, Venus Next®, Prelude® and Colonies® expansions.

Insert compatible with Terraforming Mars®, and includes space for the Hellas & Elysium®, Venus Next®, Prelude® and Colonies® expansions. Insert also compatible with Turmoil® expansion components, see bottom of the page for more details.

The game boards and rule books go on top of the central trays and act as a lid keeping the game pieces in the trays. The lid closes flush, and the box can be stored vertically. When placing them inside, first go the two game boards, followed by the Venus and Colonies side boards. Next go the player boards, and then the expansion rule books. Lastly the game rules go on top, filling the box.