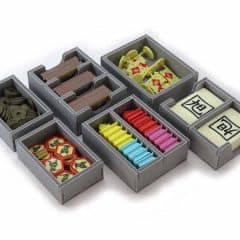 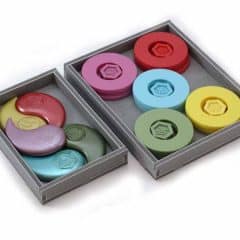 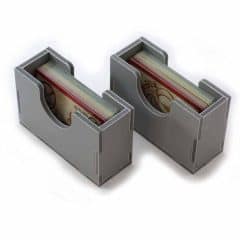 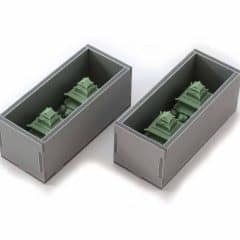 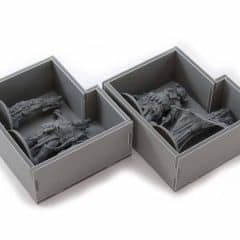 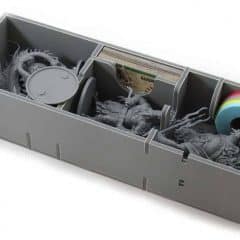 Insert compatible with Rising Sun®, both the retail and the Kickstarter editions.

Insert compatible with Rising Sun®, both the retail and the Kickstarter editions. The design provides both efficient storage and improved game play. Many of the trays can be utilised during the game, and they greatly aid set-up and clear-away times. The rules and boards act as a lid on top of the trays.

Here you can see the top layer of trays. The insert is designed to store all the Kickstarter version add-ons

The clan trays, and also the medium sized monster trays, work on the principle of having the miniature’s base slot into a gap in the bottom of the tray next to the tray wall. This gap holds the miniature in place by it’s base, and the tray height is such that when a lid is on top of the tray the base cannot come out of the gap. Below you can see on the left a clan tray filled with miniatures, and on the right an empty tray. The two compartments in the tray are different. the one for the bushi miniatures has an extra layer inside to lift them up against the lid above and to hold onto their smaller bases. The one for the Daimyo and Shinto miniatures has a plastic ring base. Due to the size of the dragonfly miniatures, the tray for them has no middle divider.